Shut up and take our money, Reebok!

If you’re a Disney/Pixar kid at heart, 2019 is definitely your year because tonnes of your favourite childhood movies are coming out this year.

Among those movies are the long-anticipated (nine years!) ‘Toy Story 4’, which we’re pretty sure some of you may have watched it by now.

The fourth installment of the popular animated movie franchise received rave reviews from critics and an initial 100 per cent rating on Rotten Tomatoes.

And if you can’t get enough of the iconic characters from the movie, you may be able to bring them home in a form of a shoe. 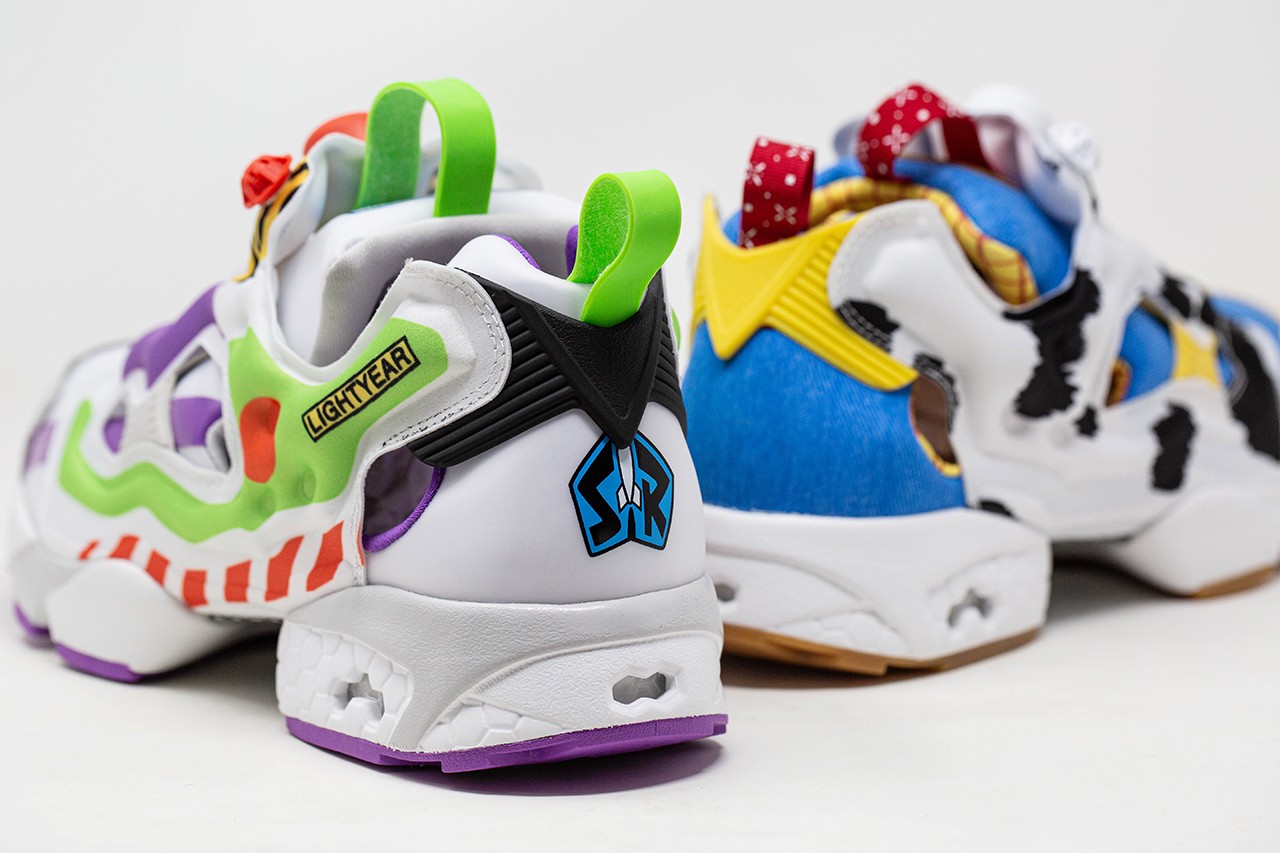 Look at all the details!

Disney/Pixar has teamed up with Reebok and BAIT to release a ‘Toy Story’-themed Reebok Instapump Fury.

The end result of the collaboration somehow speaks volumes about Woody and Buzz Lightyear’s friendship.

Each pair of shoes comes in mismatched colours and design – one foot comes in a Buzz Lightyear theme and the other, Sheriff Woody’s signature colours and patterns. A close up on the details.

We know this pair of sneakers screams the meme “shut up and take my money” but before you go running to the nearest Reebok store, this exclusive collaboration will only be released in limited quantities to celebrate the release of the movie.

So, what this means is, you’ll need to be very lucky when the raffle takes place, or have good connections with Reebok.
Source : RojakDaily